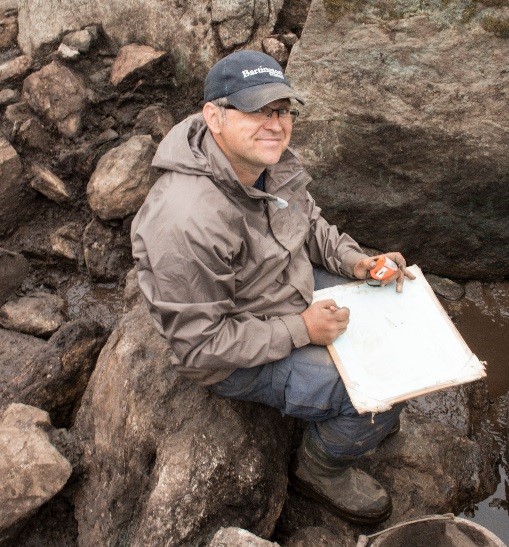 Dr Darko Maričević is Director of Archaeology at Islay Heritage, responsible for running research excavations, archaeological and geophysical surveys, community archaeology, education and outreach projects. Dr Maričević completed his undergraduate degree at the University of Reading in 1999 after which he joined Oxford Archaeology where he was involved in a range of important commercial archaeological projects spanning all periods of human past from the Palaeolithic to the modern day. He returned to the University of Reading in 2005 to complete his doctoral studies on the Later Prehistory of Tiree and Coll in the Inner Hebrides. In addition to fieldwork on Tiree, Coll, Mull and Islay, Dr Maričević has also for many years been part of WF16 Project – an excavation of a Pre-Pottery Neolithic settlement in Wadi Faynan in southern Jordan. He was a Post-Doctoral Fellow at the University of Southampton on the HERA-funded project ‘Creativity and Craft Production in the Middle and Late Bronze Age Europe (CinBA)’, within which he studied ceramic bird iconography in Bronze Age Europe. In addition to his work with Islay Heritage and the University of Reading, he is a Visiting Fellow at Bournemouth University.