Help put Dunyvaig Into the Stars! 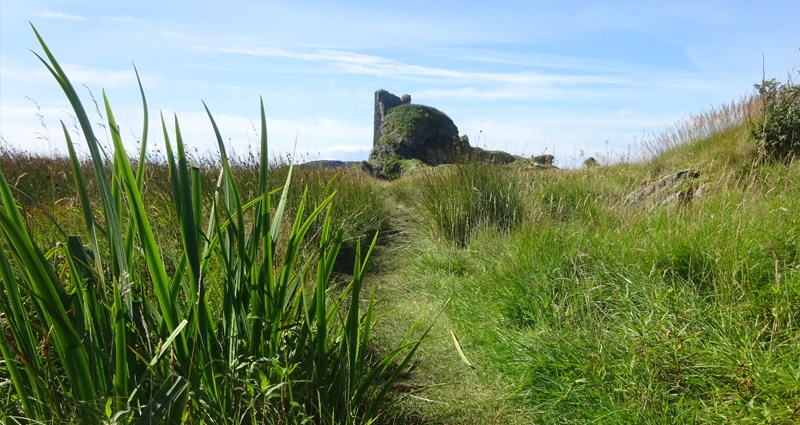 ‘Dunyvaig’ and ‘Finlaggan’ have been shortlisted as the names for an exoplanet and its host star in a national competition (press release below). The names were proposed by the 1st Islay Scouts. More than 1000 pairs of names were proposed from across the country and only 10 have been shortlisted. There is now a public vote to determine the winner, with voting closing on Monday December 2.

Click the button below and place your vote for Dunyvaig and Finlaggan! And pass on this message to secure as many votes as possible!

Scouts Entry for the Competition

Reasons for these names:

These are the historic ancient monuments on the Isle of Islay that were home to the Castles of the ancient Norse/Gaelic Lord of the Isles. Finlaggan was their ancient seat and Dunyvaig their naval fortress. The Beavers and Cubs have recently all been involved in the current archaeological dig at Dunyvaig Castle and were keen to see our unique Norse/Gaelic heritage recognised in space! This naming theme could be extended to other similar sites across the Isles.

UK public given chance to vote on new planet name

The UK public is being given the opportunity to name an exoplanet and its host star as part of a competition run by the International Astronomical Union (IAU) to celebrate its 100th anniversary and launched by Professor Robert Walsh, professor of astrophysics at the University of Central Lancashire (UCLan).

Last month, hundreds of UK schools and youth organisations submitted naming ideas, with suggestions ranging from Celtic mythology to UK mountains and connections to Stonehenge. [The full shortlist can be found in notes to editors below].

Worldwide, 92 other countries are also deciding on the names for their own assigned planetary systems, each consisting of an exoplanet – a planet that exists outside of our own solar system – and its host star. The UK’s assigned exoplanet, currently named WASP-13b, is about a third of the mass of Jupiter, whilst its host star, currently named WASP-13, is thought to be larger, hotter, and older than our Sun. This system is over 740 light years from planet Earth.

Over 10,000 young people across the UK suggested over 1,000 individual names for consideration. These were whittled down to a top ten by a team of astronomy experts, with the public now offered the chance to crown a winner.

Voting opens on November 19th and closes on December 2nd 2019, with the winner announced mid-December. Votes can be cast via the UK competition website: www.exoworld.co.uk

Professor Robert Walsh, professor of astrophysics at the University of Central Lancashire (UCLan) and UK national outreach coordinator for the IAU, is responsible for overseeing the UK arm of the IAU celebrations. Commenting on the competition, Walsh said: “We have been overwhelmed by the quality of the names proposed and the creativity displayed by our young people. It was incredibly hard to narrow down the entries, but the shortlist is made up of some brilliant suggestions.

“The names chosen for the shortlist come from all corners of our country and have long-standing cultural, historical, or geographical significance to the UK. In the mix are beautiful celestial descriptions in Scottish and Manx Gaelic, ancient island monuments and some of the best areas in the country to observe the night sky. It is now down to the public to vote for their favourites. This is an amazing chance for people to make their mark on the universe and support the next generation of astronomers – not to mention the opportunity to name a celestial body for all time.”

The UK competition is a partnership between the IAU, UCLan, the Science and Technology Facilities Council (STFC), the Royal Astronomical Society, UK European Space Education Research Office, Girlguiding, the University of Warwick, the National Schools Observatory, the Association of Science and Discovery Centres, the British Association of Planetaria and UKFAST.