Fox and Geese on Islay 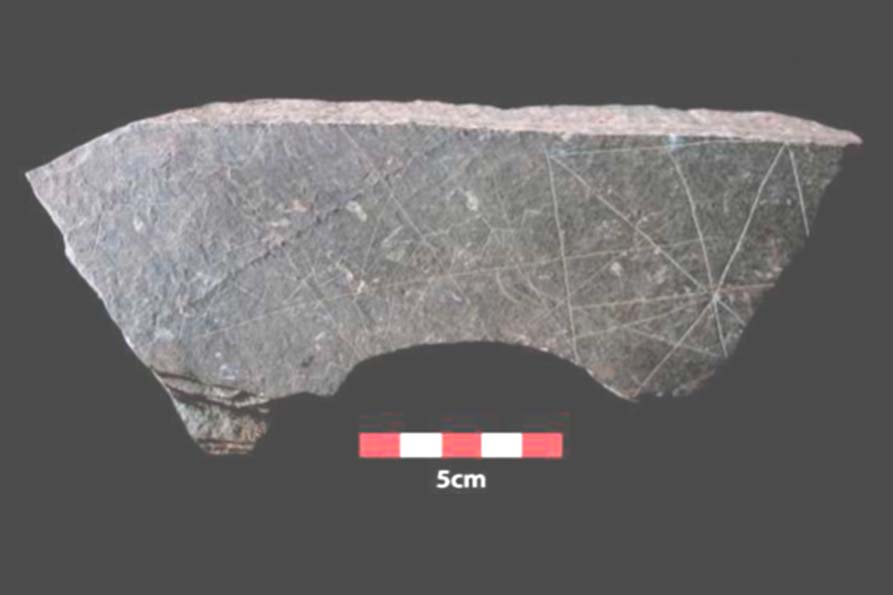 There are no foxes but plenty of geese on Islay today. But both were present in the 16th period as pieces in medieval board game known as ‘fox and geese’. The 2021 excavations at Dunyvaig Castle discovered large slabs of slate engraved with criss-cross diagonal lines that were the boards on which this game was played. 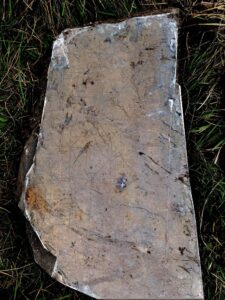 Fox and Geese is a board game that derived from one known as Halatafl that originated in Scandinavia and likely brought to Islay by the Vikings. The fox is placed in the middle of the board, and 13 geese are placed on one side of the board. The fox and geese can move to any empty space around them (also diagonally). The fox can jump over geese like in checkers, capturing them.  Repeated jumps are possible. Geese cannot jump. The geese win if they surround the fox so that it cannot move. The fox wins if it captures enough geese so that the remaining geese cannot surround it.

Incised slabs of slate were found at Dunyvaig that appear to have been gaming boards for ‘Fox & Geese’ and other medieval games such as ‘Alquerque’, a war game. They were found in a rubbish pit and were initially indistinguishable from the general bulk of the rubble in the pit. On closer inspection, however, it was noticed that several had faint incisions, often in the form of criss-crossing lines and were then identified as designs of gaming boards. 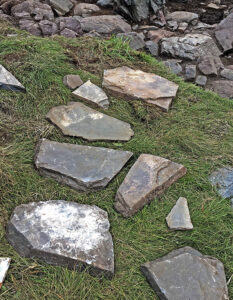 They vary in size tremendously from thin pieces of slate, only few centimetres long, to up to 1m long slabs of epidiorite almost too heavy to lift. Most of them have been broken with some of the pieces refitting. Some of the slabs have mortar attached to them, suggesting they were part of a structure, others have incisions on both sides indicating that the incisions were not made while the slabs were in situ, as part of a floor for example. In some instances, the incisions are scored across the remains of the mortar, which gives an indication that the gaming activity probably occurred during or after the demolition rather than prior to the use of the slabs in construction.